Globalisation and the people without history

Posted by admin in Events | No Comments 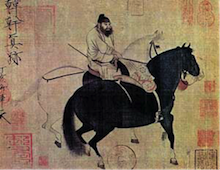 Globalisation and the people without history

Challenges to dominant area studies paradigms and the study of bounded entities have provided a welcome new focus on processes of connectivity and interaction in human societies, including the ancient societies studied by archaeologists.  Linked to this has been a growing interest in ancient processes of globalisation, which has drawn attention to the biases of the narrative of Eurocentric globalisation by situating cross-cultural contact and commerce in its long durée context.  Despite these developments, however, archaeological analyses of ancient long-distance networks of commerce and exchange have continued to retain a very traditional focus on agrarian, and in particular state-level societies.  Yet in the deeper past dealt with by many archaeologists, even the most powerful agrarian states were often of limited reach and power, and relied heavily on the activities of a range of more mobile non-agrarian to interlink them, access non-agrarian environments and their products and indeed provide a number of the critical components of an increasingly connected world.  These societies were not timeless groups who failed to adopt agriculture, but specialised components of an increasingly complex world.  This session will focus on these groups – the pastoralists, sea nomads, foragers, forager-traders and others who have more commonly been seen, as argued some decades ago by Eric Wolf, as ‘people without history’.  It will examine the role of the archaeological record in shedding light on such groups, and in particular will explore the contribution of such societies to the emergence and maintenance of ancient networks of commerce, cultural exchange and biological translocation.